What Is Blockchain Technology & How Does It Work? 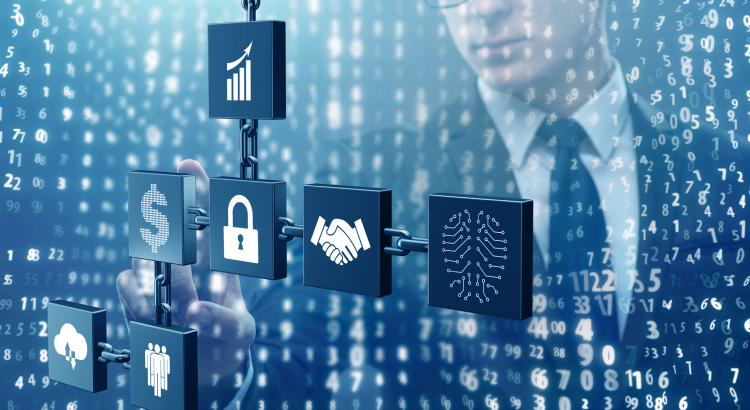 You must have heard of bitcoins if you have been following cryptocurrency or fintech. Bitcoin is a peer-to-peer electronic cash payment system proposed by a person (or group) called Satoshi Nakamoto. Blockchain is the technology behind bitcoin, though Nakamoto himself did not use the term. Blockchain is inextricably linked with bitcoin but has many other independent uses.

What is the Blockchain?

A blockchain is a special kind of database. The databases we are familiar with, like Oracle, store data as rows and columns in tables.  But a blockchain stores data in units called blocks. A block contains a set of transactions. When a block is filled, it is chained (attached) to the previous block. Thus, a chain of blocks is formed. The term “ledger” is often used to refer to a blockchain.

What makes a blockchain special is that it is not managed by a central authority like a bank or government agency. Instead, copies of the ledger are stored on multiple independent computers. No one entity controls the ledger.

A blockchain records information in a way that makes it difficult to alter. The technology enables individuals to deal directly and securely with each other (it is peer-to-peer). No intermediary like a government or bank is needed.

The list of transactions, called a block, is linked together using cryptography. Each transaction is verified by all the participants in the network, timestamped, and added to a chain of data. Once a block has been attached to the chain, it becomes immutable. It cannot be modified or deleted.

The Concept of a “Hash” in Blockchain

A hashing function takes an input having a variable length and outputs a value with a fixed length. The SHA-256 is an example of a hash function. If you input any text to it, be it a letter or a dictionary with millions of words, it will output a number that is 256 bits long. The output is called a hash.

A good hashing function has some desirable qualities. It must always give the same output for the same input and should compute quickly. It should be one-way, i.e., given the hash, you cannot get back the input text. Different inputs should not generate the same hash.

Hashes are used extensively in blockchains. When a block is added to the blockchain, the transactions in it are hashed, and the hash is stored too. If any of the transactions are then tampered with, the hash will no longer be valid. Tampering can therefore be easily detected.

A blockchain is not stored on a single computer. It is duplicated and stored in every computer (also called a node) that is operated by a participant in the blockchain. Every transaction is recorded in the blockchain stored on every node. The blockchain, or ledger, is not centralized but distributed. So blockchains are also referred to as Distributed Ledger Technology (DLT).

Blockchains may be configured to be Public, Private, Permissioned, or Consortium.

How Does Blockchain Work?

This works a bit differently across different blockchains. But this is generally how transactions get added to the blockchain.

Pros and Cons of Blockchain Technology

Here are some of the pros and cons of blockchain technology:

Blockchain disintermediation is the reduction in the number of intermediaries in a transaction. No central authority (like a bank) is needed. Doing away with intermediaries results in cost and time savings. It also increases trust in the system.

Every entry to the blockchain is approved by a consensus process. This filters out bad or incorrect data and ensures that only correct data is written.

All transactions on a blockchain are recorded on all computers on the network. Blockchains are completely transparent because details of all transactions are visible to everyone.

Every single block in the chain has a hash associated with it. The hash is derived from the transactions in the block as well as the hash of the previous block. If any of the transactions are tampered with, the hash would no longer be valid. This would be detected immediately. The hash itself cannot be changed as later blocks use the hashes of the previous blocks. Hence the blockchain is immutable and therefore tamper-proof.

Every transaction must be confirmed by a majority of the network nodes and recorded across the entire blockchain. So there is no possibility of a rogue node manipulating or altering any information.

Every node on the network has a full copy of the ledger. When a new transaction is recorded, all nodes on the network need to update their ledger. This redundancy leads to poor performance. A faster alternative to blockchain is dagchain. Dagchains are discussed later on.

Every user on the network must have a public key and a private key. The private key is confidential to the user and must be hidden in a secure location. It must also be rotated (changed) from time to time. Loss of the private key means loss of all assets belonging to the user, with no provision for recovery.

Blockchain technology is new and complex. There aren’t many software developers who are knowledgeable in core concepts like cryptography. So, when companies try to build blockchain solutions, they find it difficult to form a competent team.

Every transaction needs to go through a consensus process. Some consensus algorithms (like Proof of Work used by Bitcoin) are especially computation intensive. A lot of communication takes place between nodes during the consensus process. All this results in high energy consumption.

Criminals like to use cryptocurrencies like bitcoin because of the privacy and secrecy they provide. They also target holders of bitcoin for extortion. Customers of Silk Road, a site on the dark web, used bitcoin for selling drugs and other illicit services before being shut down by the FBI. Colonial Pipeline recently paid $4.4 million in cryptocurrency to unlock its computer systems after being subjected to a ransomware attack.

The Future of Blockchain Technology

Blockchain technology has widespread application and is catching on fast across several industries. Here are some areas in which blockchain is already being used.

Identity Management is the set of processes an organization uses to identify, authenticate and authorize someone to access services within the organization. Paper-based identity is subject to theft or fraud. Digital identity, stored centrally, is a target for hackers. When blockchain technology is used, identity information is securely stored and is easily auditable and verifiable. Individuals can control the personal data they share. Issuers can instantly verify credentials.

Cross-border transfers are among the most inconvenient consumer transactions. The processing times are lengthy and unpredictable, there are exorbitant fees, and there is a lack of transparency. One reason for this is the high number of banks that serve as intermediaries. Blockchain allows transactions to be securely recorded in a distributed ledger without involving any intermediaries. RippleNet, built on blockchain, can transfer money in about 3 seconds at a cost of about 1%. Traditional transfers take several days, and costs hover around 6%.

Smart contracts are software programs that run on a blockchain when certain predefined conditions are met. They automate the execution of an agreement. Some of the actions which can be automated are the release of funds, shipping an item, sending a message, and unlocking digital content. Smart contracts are fast and efficient because they are digital and automated. There is no paperwork to process and no need for follow-ups or reminders.

A Bill of Lading (BoL) is a legally binding document given by a shipper to a carrier. It describes the goods being shipped and is a combination of receipt, contract, and title. Paper BoLs have been used for centuries. There are associated drawbacks, including the risks of the document being lost or forged. Companies have slowly been moving towards electronic Bills of Lading. They are less prone to tampering, faster, and less expensive to process. Putting them on a blockchain was the logical next step.

Online Brokers Who Deal in Cryptocurrencies

Most brokers require some minimum balance to trade in futures. The fee charged also depends on the account balance.

When selecting an online broker, one should consider three factors. Their website should be safe and provide integrated safe wallets. It should be user-friendly. The broker should deal in a range of cryptocurrencies.

We introduced the term DLT (Distributed Ledger Technology) earlier. DLT is a broad term and includes several technologies. Blockchain is one of them. DAG, or Directed Acyclic Graph, is another one.

In a blockchain, a set of transactions are bundled into a block. A new block is chained to the earlier block. In programming parlance, a blockchain is a linked list data structure.

In a DAGchain, there are no blocks. Individual transactions are linked to one or more other transactions. The DAG uses a tree data structure.

A DAG is faster, more scalable, and cheaper compared to a blockchain.

While blockchain technology is fascinating, its primary value is that it guarantees trust across a business network. When you send money to, say, John, in another state, you do so through an intermediary, usually a bank. You and John may not trust each other, but both of you trust the bank. But using the bank has disadvantages, as we have seen. When the same transaction is carried out over a blockchain, you do not need an intermediary. This is because the very nature of blockchain – distributed, secure, transparent, and immutable – makes trust irrelevant.